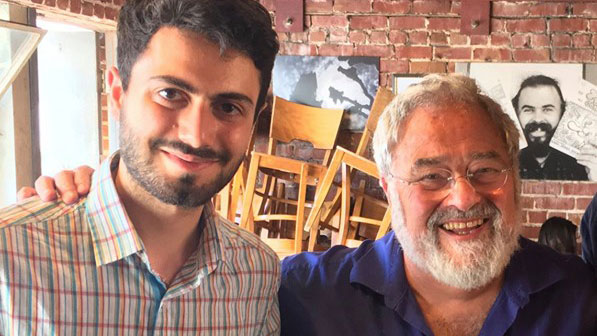 Linguistic Guidelines From Don’t Think of an Elephant

1. Progressive values are the best of American values we share with nations around the world. Stand up for your values with dignity and strength. You are a true patriot because of your values.

2. Remember that conservatives have convinced half of the country that the strict father family model, which is bad enough for raising children, should govern our national morality and politics. This is the model that the best in American values has defeated over and over again in the course of our history — from the emancipation of the slaves to women’s suffrage, Social Security and Medicare, civil rights and voting rights acts, and Brown v. the Board of Education and Roe v. Wade. Each time we have unified our country more behind our finest traditional values.

3. Remember that everybody has both strict and nurturant models, either actively or passively, perhaps active in different parts of their lives. your job is to activate for politics the nurturant, progressive values already there (perhaps only passively) in whoever you are talking to. Here’s what Lakoff tells his students when they ask him what to say at Thanksgiving dinner?

My advice: Ask your aunt or grandfather what they are most proud of that helped other people. Those of my students who have done this report, to their surprise, their grandfather or other relative did a number of good things to help others and show some important social concerns. My next bit of advice: Keep talking about those things. The more you keep talking about their empathy and responsibility toward others, the closer you get to them. Don’t try to convert them. Just try to open up and maintain a positive relationship. If you show respect and affection for your relatives, you may get some back.

4. Show respect to the conservatives you are responding to. No one will listen to you if you don’t accord them respect. Listen to them. You may disagree strongly with everything that is being said, but you should know what is being said. Be sincere. Avoid cheap shots. What if they don’t show you respect? Two wrongs don’t make a right. Turn the other cheek and show respect anyway. That takes character and dignity. Show character and dignity.

7. Distinguish between ordinary conservatives and nasty ideologues. Most conservatives are personally nice people, and you want to bring out their niceness and their sense of neighborliness and hospitality.

8. Be calm. Calmness is a sign that you know what you are talking about.

9. Be good humored. A good-natured sense of humor shows you are comfortable with yourself.

10. Hold your ground. Always be on the offense. Never go on defense. Your voice should be steady. Never whine or complain. Your body and voice should show optimism. Never act like a victim. Never plead. You should show compassionate conviction without losing control. Avoid the language of weakness — for example, rising intonations on statements.

11. Conservatives have parodied liberals as weak, angry (hence not in control of their emotions), weak-minded, softhearted, unpatriotic, uninformed, and elitist. Don’t give them any opportunities to stereotype you in any of these ways. Expect these stereotypes, and deal with them when they come up.

12. By the way you conduct yourself, show strength, calmness, and control; an ability to reason; a sense of realism; love of country; a command of the basic facts; and a sense of being an equal, not a superior. At the very least you want your audience to think of you with respect, as someone they may disagree with but who they have to take seriously. In many situations this is the best you can hope for. You have to recognize those situations and realize that a draw with dignity is a victory in the gave of being taken seriously.

13. Many conversations are on-going. In an on-going conversation, your job is to establish a position of respect and dignity, and then keep it.

15. You can make considerable progress with biconceptuals, those who use both models but in different parts of their life. They are your best audience. Your job is to capture territory of the mind. With biconceptuals your goal is to find out, if you can by probing, just which parts of their life they are nurturant about. For example, ask who they care about the most, what responsibilities they feel they have to those they care about, and how they carry out those responsibilities. This should activate their nurturant models as much as possible. Then, while the nurturant model is active for them, try linking it to politics. For example, if they are nurturant at home but strict in business. talk about the home and family and how they relate to political issues. Example: Real family values mean that your parents, as they age, don’t have to sell their home or mortgage their future to pay for health care or the medication they need.

16. Avoid the usual mistakes. Remember, don’t just negate the other person’s claims; reframe. The facts unframed will not set you free. You cannot win just by stating the true facts and showing that they contradict your opponent’s claims. Frames trump facts. His frames will stay and the facts will bounce off. Always reframe and fit the facts to your frame.

17. If you remember nothing else about framing, remember this: Once your frame is accepted into the discourse, everything you say is just common sense. Why? Because that’s what common sense is: reasoning within a commonplace, accepted frame.

18. Never answer a question framed from your opponent’s point of view: Always reframe the question to fit your values and your frames. This may make you uncomfortable, since normal discourse styles require you to directly answer questions posed. That is a trap. Practice changing frames.

21. Stay away from set-ups. Fox News shows and other rabidly conservative shows try to put you in an impossible situation, where a conservative host sets the frame and insists on it, where you don’t control the floor, can’t present your case, and are not accorded enough respect to be taken seriously. If the game is fixed, don’t play. And if you do play, reframe and don’t be a patsy.

22. Tell a story. Find stories where your frame is built into the story. Build up a stock of effective stories.

23. Always start with values, preferably values all Americans share such as security, prosperity, opportunity, freedom, and so on. Pick the values most relevant to the frame you want to shift to. Try to win the argument at the values level. Pick a frame where your position exemplifies a value everyone holds – like fairness.

24. Be prepared. You should be able to recognize the basic frames that conservatives use, and you should prepare frames to shift to. My website, www.georgelakoff.com, posts analyses of frame shifting.

25. Use wedge issues, cases where your opponent will violate some belief he holds no matter what he says. Student debt is a good example. Ask if he believes in equality of opportunity and an opportunity society, which conservatives have continually argued for (as opposed to “equality of outcome.”) Reframe: “Many poor students with talent can only go to college if they get a government loan. But those loans cost between 6 percent and 12 percent interest and leave students with a mountain of debt that many cannot afford. The income from that bet yields profit for the government that is scheduled to be funneled into the general fund for many years into the future. Elizabeth Warren has proposed lowering the student debt interest rate to an affordable 3.86 percent, still giving government some profit, while making up the profit lost to the government by plugging tax loopholes that allow the rich to avoid paying taxes. The students would then go to college, get out without a mountain of debt, and then be able to use the money they earned — not to pay off the government loans, but to get married, buy homes, and have kids, spending that money in the economy and boosting the economy and creating jobs. Do you want equality of opportunity with the poor able to afford college loans and boost the economy or do you want to protect unfair tax loopholes for billionaires and kill off equality of opportunity.”

26. An opponent may be disingenuous if his real goal isn’t what he says his goal is. Politely point out the real goal, then reframe.

27. Your opponent may use language that means the opposite of what she says, called Orwellian language. Realize that she is weak on this issue. Use language that accurately describes what she’s talking bout to frame the discussion your way.

28. Remember once more that our goal is to unite our country behind our values, the best of traditional American values. Conservative ideologues need to divide our country via a nasty cultural civil war. They need discord and shouting and name calling and put-downs. We win with civil discourse and respectful cooperative conversation. Why? Because it is an instance of the nurturant model at the level of communication, and our job is to evoke and maintain the nurturant model.

Think and talk at the level of values.

Say what you believe.