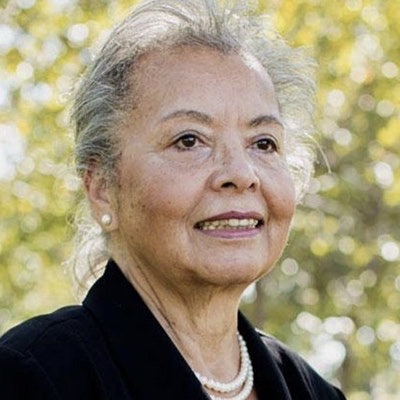 Rotary statement politically weak. Here’s the link. And Rotary’s “first-ever” Diversity, Equity, and Inclusion Statement could be the topic of our March 2nd Caring Citizen Solution Day Speaker Series. Rotarian and former Rotary International Trustee Carolyn Jones is our keynoter. Furthermore, Carolyn was an Assistant Attorney General for the state of Alaska for 23 years. In addition, she is a past governor of District 5010 and has traveled to Russia 35 times in her service to Rotary. Please join us this coming Tuesday, March 2nd, from 2-3 p.m. eastern time. You can register at this link – https://bit.ly/2YTB3er.

“When you negate an idea, you strengthen it.” – Dr. Elisabeth Wehling

Rotary statement politically weak. Nevertheless, we must commend this amazing organization for suggesting this statement is a first draft. Moreover, President Holgar Knaack, from Germany, made this year’s theme “Rotary Opens Opportunities.” And he writes in this statement, “Rotary is learning.” Therefore, I hope President Knaack will reach out to Europe’s leading cognitive scientist on civil discourse, Dr. Elisabeth Wehling. My Empathy Surplus Congress discussed this past week in her book co-authored with Dr. George Lakoff, Your Brain’s Politics. Specifically, we read the section entitled “Don’t Try NOT to Think: Frames and Negation.” And we learned that if you say that the DEI Statement is not “a political stance,” the human brain has to think that it IS before it can think it is not.

Rotary’s Diversity Statement is politically weak. In fact, what makes it politically weak, is Rotarian hypocognition, i.e., not knowing what we don’t know. In this case, our hypocognition is how the brain works in civil discourse. For example, here are three major Enlightenment reasoning fallacies discovered by cognitive scientists. First, 98% of all thought is unconscious. Second, all thought is physical and depends on mental structures like frames and metaphors. And all thought is not literal, nor does it mirror the world per se. And third, all people reason DIFFERENTLY. Our diverse cultural and individual experiences shape each of our brains differently. And since all political and moral conversations are about human well-being, all Rotary conversations are both moral and political.

The political idea of extreme conservatism promotes everything Rotary is against.

Rotary statement politically weak. Rotary’s political weakness is uniquely self-imposed and based on misguided notions of the word “politics.” As a USA-based non-profit and tax-exempt organization, Rotary International and its member clubs, just like any other 501(c)3 or 501(c)4, are prohibited from endorsing and supporting specific political candidates and ballot initiatives. However, this tax-exempt status does not prohibit individual Rotarians from these activities, which would be a violation of an individual’s human rights. Moreover, Rotarians are not immune to the pandemic of extreme conservatism, which corrupts the idea of “public” politics to strengthen the idea of “private” politics. Furthermore, extreme conservatism corrupts through cognitive science and linguist techniques of repeating the idea that “government (politics) is the problem.” And, of course, no organization wants to be “the problem.”

Don’t we want a better world and a better future?

Rotary’s Diversity Statement is politically weak. And because Rotary’s DEI Statement is politically weak, it undermines its human rights legacy and its seven human rights causes. Be that as it may, Rotary’s Board of Directors can be commended for issuing its “first-ever” DEI Statement. Moreover, Rotary’s Board can be commended for calling the statement foundational, but it still needs much work. For example, why would Rotary want to create an organization that “reflects today’s world”, which is full of all the human rights abuses listed in the statement? As a matter of fact, Americans just passed a covid death toll of 500,000 that some call institutional mass murder. Therefore, don’t we want a BETTER world, filled with BETTER organizations?

Rotarians and allies invited to continue the conversation.

Rotary statement politically weak. And it is up to individual Rotarians and their allies to become politically strong and effective. Moreover, Rotarians must get better at the conversation to which President Knaack invites them. Furthermore, an individual Rotarian who is not an effective caring citizen in his/her country’s government cannot help Rotary International reach its human rights goals. Therefore, I am grateful that this first-ever DEI Statement is a weak first draft. I’m grateful because we can start this Tuesday to make it better?

Be my guest for the next four weeks beginning next week.

Empathy Surplus Congresses exist to provide a place for people of goodwill in both major political parties to learn how to govern with more empathy. In addition, we have science. We also have the tools. And, I give thanks for the growing willingness to learn. So reply to this email if you’d like to be my guest.

Words to Use to Frame Our Solution