“Empathy is the soul of democracy.” – George Lakoff

The Empathy Surplus Network USA is a 501(c)3 collective human rights thought leaders’ continuing education network. We fulfill our pro-empathy reframing mission through small communities of practice called congresses and task forces. Your recurring donations help us distribute complimentary pocketbooks of the Illustrated Universal Declaration of Human Rights every year to students and teachers in K-12 as well as 1st-year undergrad and postgrad students. 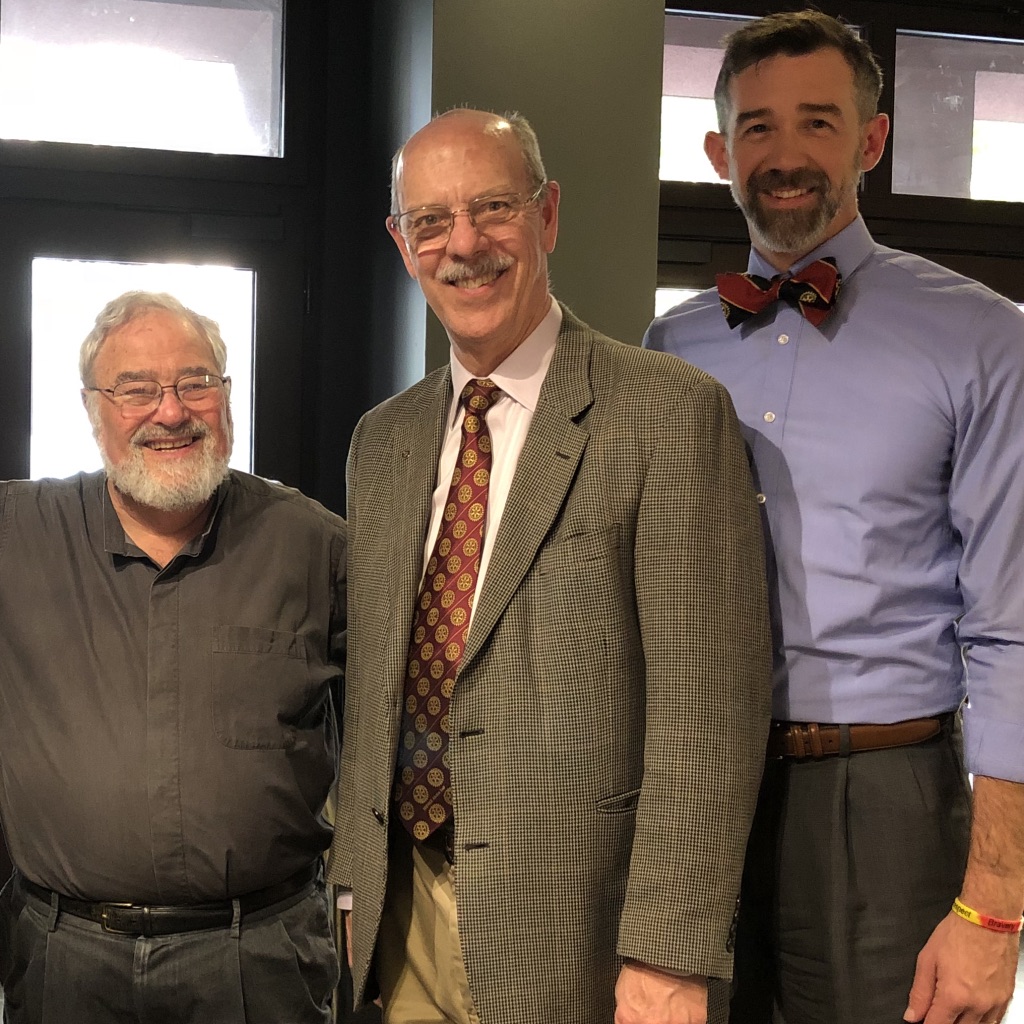 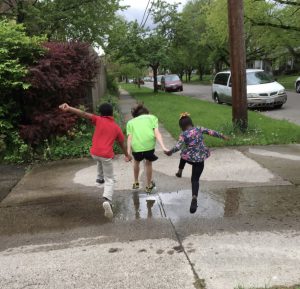 Reframing around empathy IS social change, according to Dr. George Lakoff. And award winning researcher Francesco Gino at Harvard’s Mind, Brain, Behavior Initiative, would call reframing around empathy “breaking the rules for positive change.” Moreover, collective, caring thought leadership training participants reframe anti-empathy, conservative rules weekly by writing weekly emails to their centers of influence and applying what their learning from Dr. Lakoff’s books. Furthermore, reframing around empathy is counter intuitive, especially if you’ve been harmed by anti-empathy conservatives. And reframing isn’t easy. Nevertheless, if we don’t learn to reframe around empathy, we’ll lose our freedoms, human rights, and democracy. Sign up for our founder’s emails below.

Dr. George Lakoff and his Rockridge Institute warned America about our empathy deficit in 1998. Not only that, Lakoff warned us about the growing domestic threat of anti-empathy authoritarianism. Moreover, long before the January 2021 insurrection on the US Capitol Building Lakoff pointed to expanding authoritarian infrastructure. Furthermore, Lakoff warned us that conservatism’s anti-empathy focus, funded by unethical corporations, helped dismantle public government.

Rockridge published its “progressive handbook” called Thinking Points: Communicating Our American Values and Vision, in 2006. In it, Dr. Lakoff wrote, “A dark cloud of authoritarianism looms over the nation. And conservatism makes it difficult to address progressive issues without a politics of care. Moreover, radical conservatives have taken over the reins of government and have inhibited caring political debate for many years. Consequently, progressive ideals of empathic government must return to center stage in our national political discourse for real change to happen.

Reframing our world around empathy will be neither easy nor quick—it will take years of work. But we can prevail if caring citizens articulate the progressive vision because progressive political leaders cannot do it alone. And even though representatives and candidates are smart and well-intentioned, their short-term pressures are significant. They will need the help of progressives Americans. And when we trumpet our values throughout the nation, our progressive political leaders will have the backing they need to reframe around a politics of care more freely.”

The Empathy Surplus idea was launched in 2009 by our founder, Charles Watts, who had served on Dr. Lakoff’s Rockrige Nation online community advisory board. And, today, through its Four Empathy Activities, the Empathy Surplus Network USA carries on Dr. Lakoff’s idea of ongoing thought leaders continuing education in a collective way. Sign up for Watts’s emails below.

The Empathy Surplus Network USA is dedicated to promoting effective and caring political and moral discourse in ethical business and civil society organizations and government task forces. We are glad you are here because we need progressive caring citizens like you to help defend our 1st Amendment human right to civil discourse. Because if we lose a politics of care, all we have left is armed conflict to settle our differences. Therefore, we believe caring citizens are the solution. Please check out our caring thought leadership training.

Please consider getting involved with an Empathy Surplus Congress for weekly conversations on what you’re reading by exploring our Human Rights Thought Leaders page. You could also explore the Human Rights Pocketbook Venture page to learn about human rights education in your school district. Finally, you can sign up for weekly emails below to stay in touch. 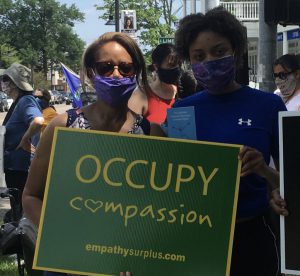 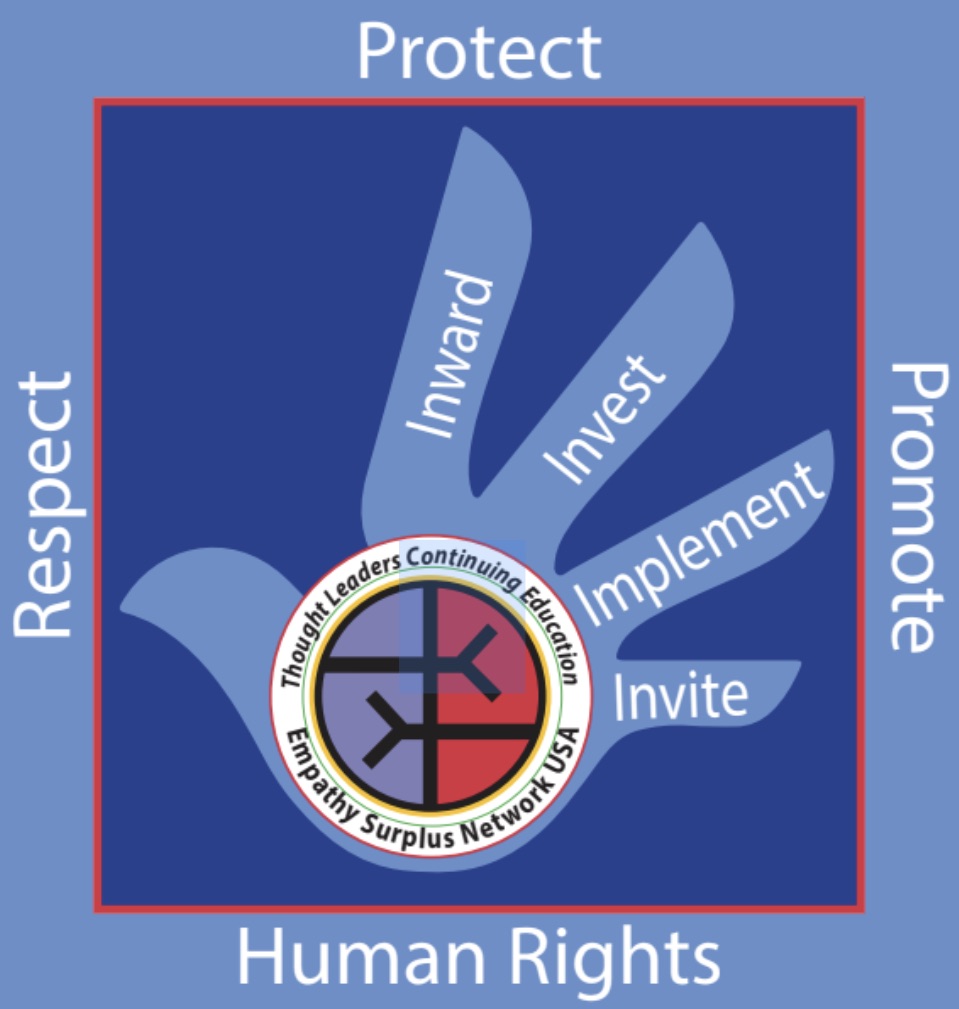 The Empathy Surplus Network USA is a charitable collective thought leadership training network headquartered in Wilmington, Ohio. It fulfills its Four Empathy Activities through member communities of practice called Empathy Surplus Congresses and their task forces. Donations are exempt from federal income taxation under section 501(a) and described in section 501(c)3 of the Internal Revenue Code. Please consider using our free framing guide - Lakoff's Words to Use to Frame Our Solution.

I am a caring human being
in a strong community
of nurturing families.
I govern with empathy.
I here highly resolve that
this nation, shall have
a new birth of freedom
- and that government
of the people,
by the people,
for the people
shall not perish
from the earth.
I am a person
with human rights.
I care for my own
Safety and Happiness
and that of others.
I am the solution to
expanding life, liberty,
and the pursuit of happiness.
And for the support of this
declaration, joining
human rights advocates
known and unknown,
we mutually pledge
to each other
our Lives, our Fortunes,
and our sacred Honor.
+ + +
Download the
Pro-Empathy Freedom
Declaration Toolkit