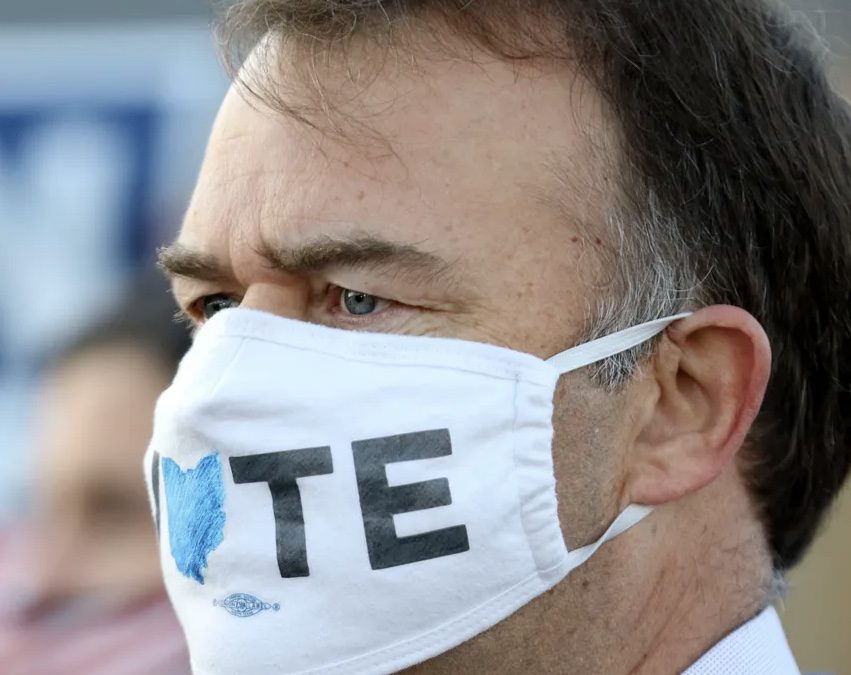 Lakoff’s call for empathy began in 1995 and was framed as vaccine metaphor in 2012.

Empathy vaccines kill conservatism. And Dr. George Lakoff warned us in 2012 that, “The spread of extreme conservatism must be stopped, and to be stopped it must be diagnosed.” Moreover, in the midst of the global covid-19 pandemic in May 2020, promoting the use of empathic vaccines, I wrote that “We must change the public’s brains to FLATTEN THE CURVE of the parallel pandemic of extreme conservatism.” And the empathic vaccine is the repetitive use of the empathic language of the nurturing parent nation as family metaphor versus the strict father metaphor. “For me,” wrote Lakoff in 1995, “one of the most poignant effects of the ignorance of metaphorical thought is the mystification of (progressives) concerning the recent electoral successes of conservatives.”

Ten years of empathy promotion at Rockridge never framed empathy as a vaccine.

Empathy vaccines kill conservatism. Framing conservatism as a pandemic makes sense because the world has gone through a pandemic. Not so in 1997, when Dr. Lakoff launched his Rockridge Institute. Nevertheless, Rockridge and Dr. Lakoff dedicated their lives to strengthening our republic. They provided intellectual support to the progressive community. Empathy Surplus Congresses students and Human Rights Pocketbook Ventures donors and volunteers do the same.

Holding on to flawed Enlightenment Reason fallacies by political science and law majors inhibits the production of empathy vaccines.

Empathy vaccines kill conservatism. In fact, we know the ongoing repetitive use of empathic language is effective. But the problem is production and distribution. And the production problem is the topic for my Empathy Surplus Congress this week. It’s found in chapter 5.3 of Your Brain’s Politics. Specifically, it’s entitled “The End of Rationalism: Why there are no rational voters.” And Lakoff writes, “Rationalism is a problem because many people still believe that its espoused principles are true. Many folks who are active in politics got their degrees in political science and law,” where flawed Enlightenment reason theory is taught.

Conservatives, on the other hand, embraced cognitive science and linguistics early in 1971. They were fueled by Supreme Court Justice Lewis Powell’s memo to the US Chamber of Commerce CEOs. And the corrupt corporate-funded think tanks like A.L.E.C. helped reject the Enlightenment’s fallacies discovered by cogsci. Richard Wirthlin, Ronald Reagan’s communication advisor, wrote in his memoir, “Reagan was interested in the most effective way to convey his message.”

The 50-year systemic conservatism pandemic without empathy vaccines led to near assassinations this year.

My pastoral theology professor, the Rev. Dr. Henry Hobart Myers, had a funny needlepoint saying in his office. It read, “You shall know the truth, and it will piss you off.” Unfortunately, many progressives get pissed off at the truth of the Enlightenment fallacies. Not conservatives. They got to work in the early 70s. Consequently, they developed an American narrative void of empathy for or responsibility to any non-conservative. The results? A cop-killing POTUS insurrectionist attempt.

NOW is the time to produce and distribute empathy vaccines.

We must flatten the conservatism pandemic curve so it doesn’t overwhelm democratic institutions. Therefore, we must produce and distribute empathic vaccines. Consider joining an Empathy Surplus Congress or one of its Human Rights Pocketbook Ventures. Doing so helps us produce and distribute the politics of care.

Help us produce and distribute empathy vaccines by joining us.

Americans who want a politics of care. Therefore, going forward it is important to help them understand why accountability is important. Moreover, that needed understanding is an empathic vaccine. But empathic vaccines must be produced and distributed. And that is why participation in an Empathy Surplus Congress and or a Human Rights Pocketbook Venture is so important. Namely, to learn, mark, and inwardly digest the latest insights of the brain. Furthermore, accountability aligns with progressive and American core values of empathy for and responsibility to each other. Finally, we share personal responsibility as a core value with conservatives. Nevertheless, conservatism rejects mutual responsibility to one another. More on this later.